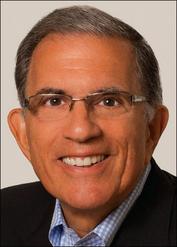 Lee Welling is an experienced theatre professional with a wealth of experience behind the scenes of the Broadway theatre, which he brings to his novel, The Actor?.

Starting from the bottom as a “gofer” for producer Kermit Bloomgarden on the Stephen Sondheim musical Anyone Can Whistle, Welling rose through the ranks to become a stage manager for many productions, including George M! and Sherry, as well as summer stock tours.

From there he transitioned to a new role in the theatre: marketing and group sales for more than 350 Broadway shows. Then on to the group travel industry, Welling received many accolades, including: induction into Cunard Lines’ Inner Circle Sales Club, Norwegian Cruise Lines’ President’s Club, and induction into the first advisory board of Cruise Line International Association (CLIA). Currently, he owns a group travel business.

Starting his writing at this point, Welling brings his wealth of experiences in theatre, travel and life to his books. He is currently writing a prequel and will proceed to a third, creating a trilogy.

Now that I have your interest, I also have a copy of the book, ready to send to you.  Just let me know.